Let’s face it, all financial markets have been in turmoil over the past year. It hasn’t been just in the crypto industry, but the traditional stock market as well. Many say that 2023 is going to get even worse as the US is expected to ‘officially’ fall into a recession as stated by many different macro analysts and traders.

The question is, will Bitcoin ever truly decouple from the stock market? Or is this proving that the crypto industry is looked at as just another risk-on asset like tech stocks? From looking at the chart above, during the year, the better trades have certainly been in the stock market as Bitcoin and the rest of the crypto industry has been hit extremely hard with all the scams and bad actors basically putting a dark face on our industry.

Let’s take a bit more of a detailed macro outlook for the first part of 2023, based on some good ole technical analysis.

What Will Bitcoin Do?

Taking a look at the Bitcoin Daily chart we can clearly see that the price has broken below the value zone that has been set by the volume-weighted price action. The volume profile shows that there is another large volume node around the $9000-$10,000 level which is where the most volume from 2019 appeared. This is considered fair market value of Bitcoin as that is where the most volume was moved during those time frames.

What happened in 2020-2021 was a sheer price run-up based on FOMO and market manipulation as the FED and US government pumped more stimulus into the hands of the people during the plannedemic. It was also during this time that cryptocurrencies had their chance to shine, but the narrative didn’t hold as a hedge against inflation as the price didn’t continue to rise. This is an unfortunate reality and certainly was proven even more with the countless scams and rug pulls that happened over that time which hurt the entire industry, including Bitcoin.

Our prediction is that Bitcoin will fall back to retest that big volume node near $10K at some point in the first quarter in 2023. This correlates with movements and predictions in the stock market, again, as Bitcoin and the rest of the crypto industry is seen as just another risk-on asset instead of the hedge against all of this institutional nonsense that it was created to solve. Looking for things to start turning around in the 2nd quarter as we get to the 1 year point before the next halving event in 2024. Historically, that is about the time that Bitcoin has made it’s bullish turn in previous bear markets, this time doesn’t look any different.

Traditional markets are not looking too hot either. This is due to the extreme global conditions, ever-rising interest rates, completely jacked-up supply lines, etc. Being that the price is currently in a downtrend, there doesn’t look like there is much bullish momentum to hold it up.

The markets continuously are creating lower lows, but we may be finding some consolidation and possible continuation of the downtrend into Q1 2023 as well. The bullish momentum is just not there. There is a huge negative sentiment in the markets overall due to the ever-growing global tensions and uncertainty.

As far as technicals, the S&P 500 is nearing the bottom of the high current high-volume node on the volume profile, but is rejecting the POC or point of control which is indicating further downside into the new year. Looking for continuation to the $3000-3200 levels where the next leg of support was historically.

We are overall bearish on the markets going into Q1 2023. The focus at this point is to continue to try and regain some edge in our Bitcoin trading to recover some massive losses taken during the FTX scandal on top of still trying to recover and lick our wounds from the UST collapse.

This bearishness will result in some short trades on Bitcoin futures and some Put options on the stock market, either using select stocks or an ETF. Our trades are not big right now, but hopefully, with some good trading, we can change that! 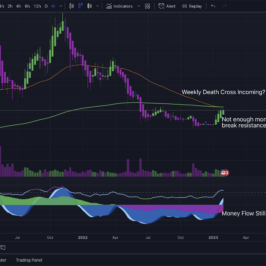 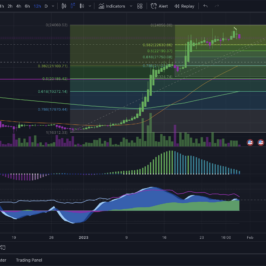 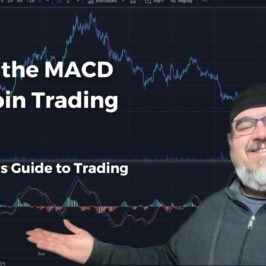 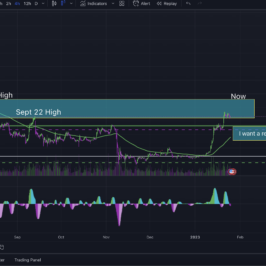 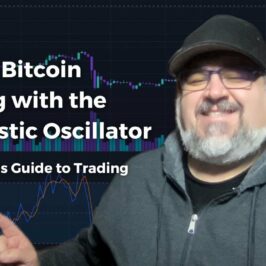 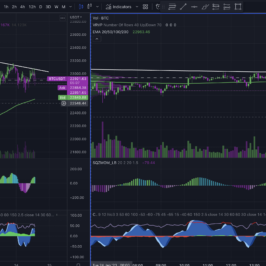